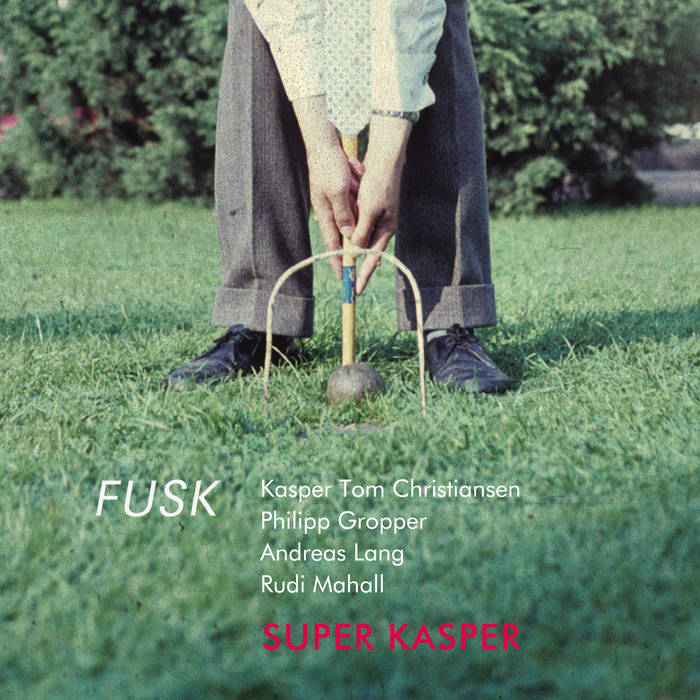 “You can look forward to some great music: FUSK represent the best acoustic jazz in Europe,” was what rockline.si wrote about their debut in 2011. And this is still true today: Together with Andreas Lang (QUARTz, a la Cour), Philipp Gropper (Hyperaktive Kid, Philm) and Rudi Mahall (Der Rote Bereich, Globe Unity Orchestra), drummer Kasper Tom Christiansen (QUARTz, Kran) managed to create a vibrant all-star band: Twelve-tone rows start to dance and are accompanied by swinging collectives and piping polyphonic sounds. The result: a lot of fun. According to webmoritz.de, FUSK release “a weightless depth and joy, followed by the desire to more often lead a life that has a multilayer soundtrack similar to this one.” True.

It all began five years ago in Berlin, relates Kasper Tom Christiansen: “I listened to Philipp and thought: ‘Something like this really does not exist anywhere else in the world!’” The band’s leader and drummer found that the tenor with the warm, personal tone perfectly matched Rudi Mahall’s quick-silvery bass clarinet. He completed the band with bassist Andreas Lang, another one of those Danes living in the international jazz city at the Spree river. Soon they started giving their first concerts and already the first CD with its succinct catchy compositions and improvisational wit reminded enthusiastic critics in Europe and America of Ornette Coleman, Eric Dolphy or the Dixon/Shepp band: altogether not the worst references. The Gapplegate Music Review sums it up as follows: “It's the kind of new jazz that takes the impetus of that era and goes someplace new with that”.

With »Super Kasper« FUSK advance to the second round. Contrapuntal springboard melodies, sometimes bordering on serial techniques (the Danish “De 12 Bud” means “The twelve commandments” in English), sometimes developing from joint improvisations (the Polish “odpowiedno” means “right, natural” in English). “There are people who make, what they call, music 2.0: Sounds without rhythm, New Music”, explains Kasper Tom. “We play with rhythm and swing: music 1.0.” “I don’t play free jazz. I play jazz free,” says Joe Lovano, a kindred spirit. Based on Kasper Tom Christiansen’s linear compositions, FUSK have found their own freedom. By the way, the band’s Danish name is similar to German. According to the German spelling dictionary Duden “pfuschen” is colloquial for “to work slovenly”. As FUSK would say: “Who cares?”

All compositions by Kasper Tom Christiansen except for tracks 2, 6 and 9 which are free improvisations.
Recorded, mixed and mastered December 2012 at Berlinaudio by Christian Betz.