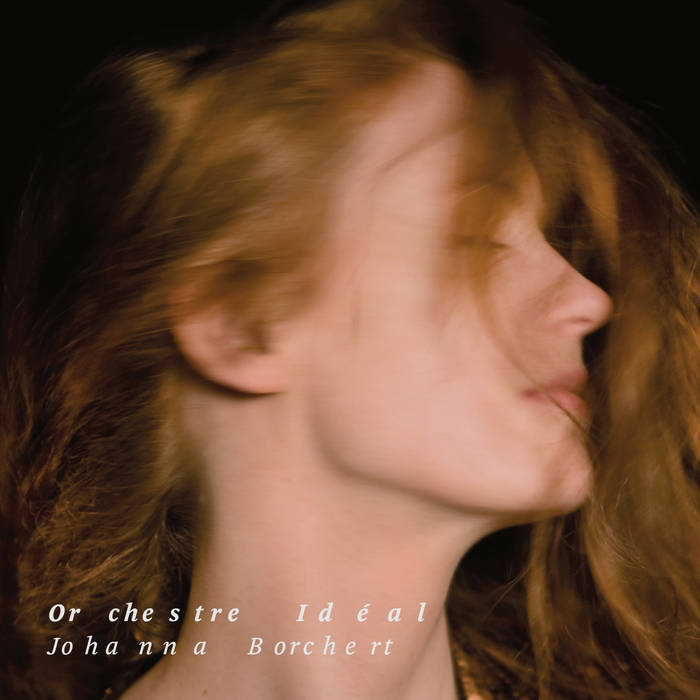 The orchestra is possibly the greatest idea of our musical tradition. Until the early 20th century it represented the universe of all imaginable musical possibilities. Musicians have always wanted to make this comprehensive ensemble, this idea of music, accessible to everybody. “When I was in Porto rummaging in a second-hand shop,” relates Johanna Borchert, “I found a box that said "Orchestre Idéal" – a small music machine. Upon opening its lid, little tin figures and gear-wheels would produce music. This reminded me of my own music machine, the grand piano that is sometimes the home to the sounds of a whole orchestra, but that sometimes also sounds quite similar to this yellowed box decorated with romantic letters.”

Today Johanna Borchert calls her debut as a soloist at the piano (and a few aids) “Orchestre Idéal” and invites us to discover her very own sound universe: from impressionist piano harmonies to the off-tuning of a Scandinavian autoharp, from minimal music structures to associatively progressing cadence steps, from wind-moved arpeggios out of the interior of the grand piano to the sound of a gamelan gong and siren-like glissandi – Johanna Borchert’s music springs from a polyglot vocabulary.

Already as a child she knew that she would become a musician. “There was no other way,” she says. Ever since she learned to “press the keys,” she has expressed herself in her own sounds. She followed the paths of her inspiration to Berlin, Copenhagen, San Francisco and Chennai (India), studied various musical concepts – and developed new ones herself: For example, in a duo with the electronic live musician “The Norman Conquest” whom she met at Fred Frith’s. Together with the singer Elena Setièn she conjured disarming melodies from the “Little Red Suitcase” and as a co-leader of the band “Schneeweiss und Rosenrot” she won the “Neuer Deutscher Jazzpreis” (New German Jazz Prize) in 2012.

“I am interested in the tension between clarity and abstraction,” is how Johanna Borchert describes her work as an improvising soloist at the piano. “I am inspired by concerts that make you wake up. Where elements transform themselves or are put into a new light, thus changing the perspective, even while the position remains the same. I try to surrender myself completely to the unpredictable reality of the moment. This is the greatest happiness and deepest satisfaction that music can give to me. And I think that it also infects the listener.”

“Orchestre Idéal” has sprung from felicitous moments like these. In August/September 2011 the radio station “rbb-Kulturradio” invited Johanna Borchert to record her own music in its studio. She decided to record a series of improvisations, letting inspiration run free. Only four of the recordings are based on already finished compositions which in turn give rise to improvisations. The result is a diverse kaleidoscope of musical ideas – humorous and strict, introverted and with a great gesture, very personal and touchingly sincere.
(Tobias Richtsteig, September 2012)

All tracks are freely improvised except for tracks 4, 7, 9 and 13 which are improvisations on composition by Johanna Borchert.
Recorded August/September 2011 at rbb-Studio Berlin by Wolfgang Hoff, Kaspar Wollheim and Anne-Kristin Sölter. Engineered, mixed and mastered by Kaspar Wollheim and Anne-Kristin Sölter. Produced for Kulturradio rbb by Ulf Drechsel.